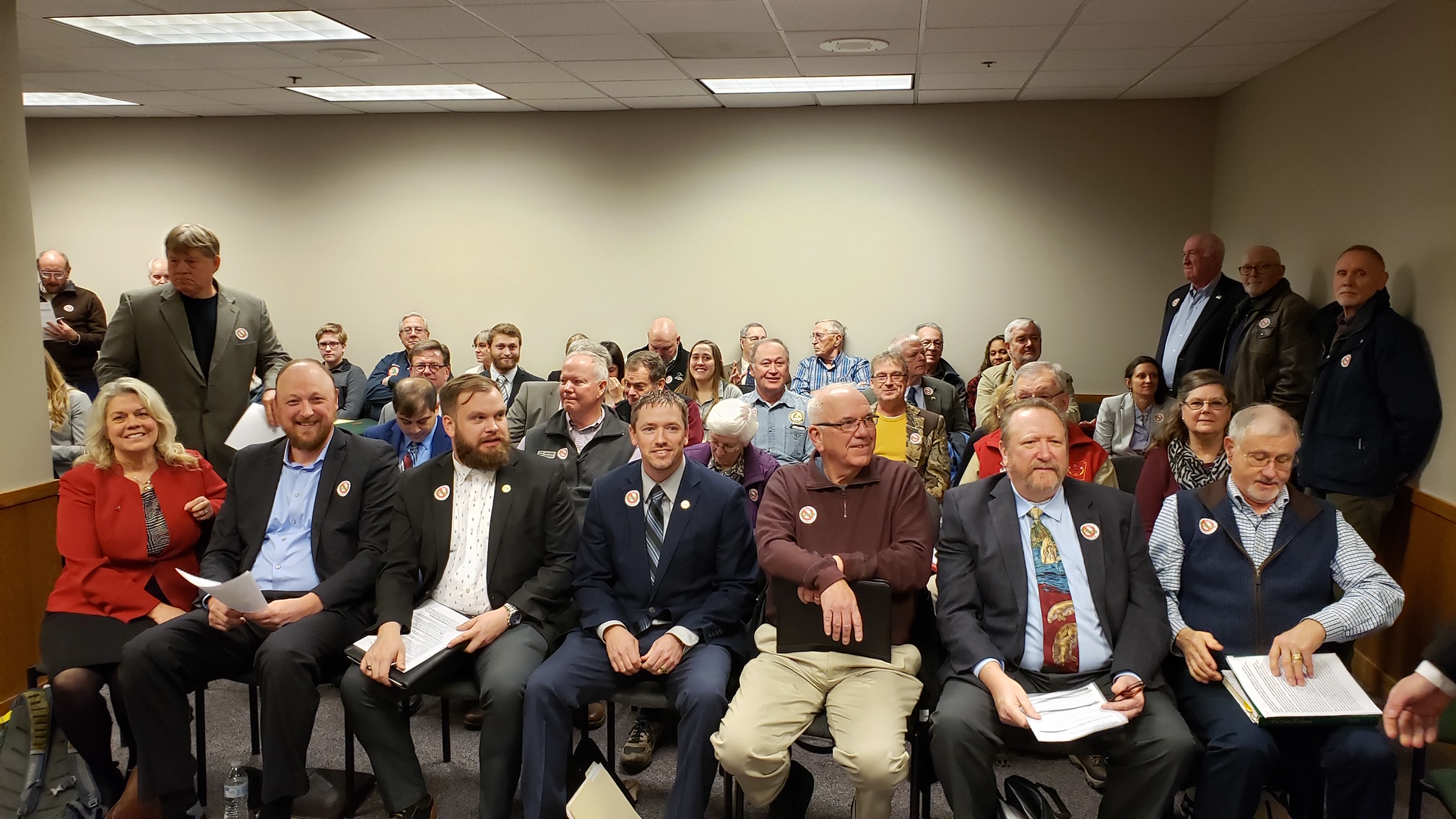 Share the Harvest is a nationally recognized venison donation program and a point of pride for Missouri deer hunters. In 2019, hunters donated 6,795 deer to Share the Harvest, which totaled 348,535 pounds. That amount of meat, once distributed by local food pantries, will amount to over 2 million meals for Missouri families in need. But now the program has been attacked, along with just about every other aspect of conservation, by State Representative Robert Ross.

Ross, who offered an amendment in the budgeting process to strip all but one dollar from the program, is now backing off his plan to gut the funding for Share the Harvest. His change of heart came after Pulitzer Prize-winning journalist Tony Messenger and numerous others reported on his arrogant folly. But the message is clear, Ross will stop at nothing in his quest to dismantle the Department of Conservation. He is even willing to so far as to take food off the plates of hungry children.

Ross has spent his time in Jefferson City, and your tax dollars, filing and pushing anti-conservation, anti-natural resources and anti-state parks legislation. Over the last eight years, Ross has sponsored a long list of bills aimed at tearing down natural resources and stealing away public lands and waters. But again and again, throughout his quest, he has come up against the Conservation Federation of Missouri (CFM), a non-profit made up of citizen conservationists. CFM is the organization that both founded Share the Harvest and continues to administer it today. In full disclosure, I served as the organization’s executive director from 2014 to 2019.

Last week, over 100 conservation minded Missourians packed a legislative hearing room in the basement of the State Capitol to testify against a bill Ross filled to give the legislature control of conservation regulations. Citizen after citizen came forward from the standing room only crowd to testify against his bill. Most of whom are members of hunting and fishing organizations affiliated to CFM. When it came time for supporters of the bill to speak, not a single person rose. Zero people testified in favor. A couple of years ago, a nearly exact scenario played out when Ross filed a bill to privatize our rivers and eliminate public access.

Ross is open with his hatred of the Conservation Federation. He put it on paper in an article published by the “Missouri Times.” In this article, he rants against Wes Johnson, a journalist who he refused to give comment to. He also refused comment to Messenger. In the Missouri Times article, he hits the typical talking points that come out when there is nothing else to rely on, claiming “fake news” and calling people “liberals.” He calls CFM, “a liberal front group.” And goes on to say the organization is “is controlled, manipulated, and utilized for political activism by MDC.”

The affiliated organizations include, the Missouri Trappers Association, Missouri Big Game Hunters, Ducks Unlimited, National Wild Turkey Federation, Missouri Hunting Heritage Federation, Whitetails Unlimited and about 100 more. These organizations and nearly 5,000 private citizen members control CFM. MDC has no roll in its governance. The only money exchanged between CFM and MDC, is $150,000 per year, which is used to pay meat processors for butchering deer for Share the Harvest. CFM keeps 15 percent to administer the program. This is much cheaper than hiring another government employee. And contrary to what Ross claims, this is a very wise use of our tax dollars compared to the huge amount of money spent on food stamps and other programs to feed those in need. And of course, it’s all public record.

There’s likely not another non-profit in the state more bipartisan than CFM. Yet, for Ross, who has legislation filed this year (HB 2355) to rollback regulations on dumping hazard waste, there is no coming to grips with how people from all walks of life, from every corner of Missouri, can’t agree with his blood-red hatred of MDC. So he just calls us names and files vendetta legislation.

As Tony messenger said, “his legislative temper tantrum brings some much-needed attention to how important the independence of Missouri’s award-winning Department of Conservation is.”

Aside from reverting conservation control to the legislature with HJR 100 and making it easier to dump toxic waste, Ross’ list of legislation filed this year includes, HB 2427, which repeals the feral hog hunting ban on public lands. And, HB 2530, which prohibits the MDC from requiring permits to hunt wildlife on private property.

He’s been this out of touch his entire time in the Capitol. His first session was mostly aimed at the DNR. Highlighted by an attempt to partly defund the agency with a constitutional amendment to transfer the Soil and Water Sales Tax to the Department of Agriculture. He went on a tirade in 2014 with bills to eliminate public access to our rivers, to control the state’s forestry practices and to stop state MDC from acquiring public land, even if it is donated from a private citizen. In 2015, he became a leading advocate for the captive deer industry, began to lead the charge of selling our new state parks and brought back stronger legislation to “specify that the riparian owner has title in fee to the low water mark of a navigable watercourse.” Meaning no more stepping out of your canoe onto a gravel bar or even the river bottom.

He also wrote legislation making it legal for anyone who has served two years in the General Assembly to practice law, without a law degree. The hits have just kept coming. He’ll call this article fake news, but you can research his legislative record on the Missouri House of Representatives website.

Ross currently represents Texas County, Missouri. Where, according to the Missouri Economic Research and Information Center, the average worker’s annual income is $28,863 with an average hourly wage of $13.88. It seems there were bigger fish Ross failed to fry as a state representative. Instead of focusing on destroying our state’s treasured natural resources, and our opportunities to use them wisely, he should have focused on the economic plight of his people living in one of Missouri’s most improvised counties. You would think more efforts would have been made to improve economic opportunities, increase health care options, and improve education systems. Instead, he’s spent eight years trying to sell state parks and keep people off gravel bars, while supporting privatized wildlife and emboldening a culture of pursuing an invasive species on public lands.

For legislators like Ross, it’s all about power and control. Support found in the selfish desires of a few spur them along, with no concern for the actual well-being of our land, water and air, or the fish and wildlife reliant upon healthy ecosystems. Some people see our natural world as something to exploit for selfish personal gain. The rest of us view our natural resources as a gift we are borrowing from future generations, who as Theodore Roosevelt said, are still in the womb of time.

Pic: Over 100 citizens poured into the Capitol to testify against State Representative Robert Ross’ bill to return control of conservation to the legislature.