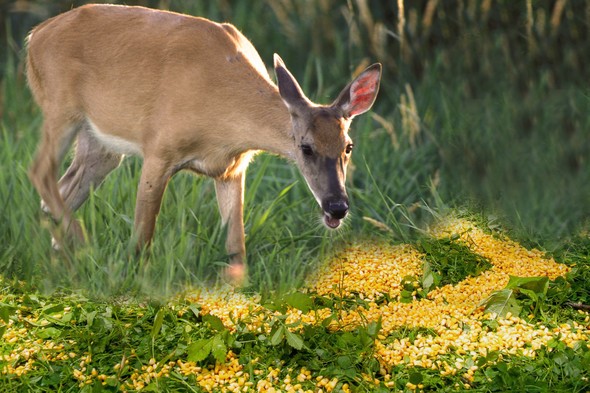 Compared to the complexity of western big game hunts, deer hunting rules and regulations in Missouri are pretty straight forward, but there is more to it than buying a license and checking in the deer you kill. The Missouri Department of Conservation prints regulations books and offers those regulations online through their website. Each year, you should make time to review the rules and regulations before pursuing game. They do change and it’s your responsibility to know and follow the rules.

It looks like Missouri is in position to have a successful deer season with a potential increase in total harvest. A couple of the major factors for this prediction include MDC reporting deer populations are increasing in much of the state and the pandemic has motivated more people to pursue outdoor activities, including hunting.

Reports from the outdoor industry point to record sales across many categories. For example, it is a lot harder to find a kayak these days than it used to be, and ammunition shortages are popping up in certain areas. These statistics along with increased license sales and applications confirm more people are hunting, fishing, shooting and generally enjoying the outdoors.

“Increased hunter participation as a result of the COVID-19 pandemic is also likely to contribute to a higher deer harvest this fall,” Isabelle said. “We saw a significant increase in the number of hunters that pursued turkeys this past spring. If we see a similar increase in hunter participation this fall, it could lead to one of our highest deer harvests in many years.”

There are more people than you may realize across Missouri in need of food. Meat is often tough to come by. Grains, starches, cereals and other non-perishables are more readily available, but protein rich red meat is much harder to obtain.

Share the Harvest is a major source of meat for the food pantries, but they could easily use twice as much as the program currently produces. Share the Harvest allows deer hunters the opportunity to donate a deer or a portion of a deer to Missourians in need. Doing so provides healthy, nutritious meat to individuals or families that otherwise may do without.

“I donate to share the harvest every year because it makes my heart happy.  I love to hunt and love the ability to put food on the table of those that need it the most during the winter and the holiday season. It’s a win/win,” said Nathan “Shags” McLeod.

Walk into any Wal-Mart or sporting goods store, and you’ll find a large supply of “Deer Corn.” It is legal to buy, but it is not legal to hunt over it. The rules are clear but a little complicated. You can’t hunt over corn, but you can hunt over a corn field. Mineral blocks, like a salt block, are legal to hunt over, but a mineral block with any grain added is not.

MDC Protection Division Chief Randy Doman said an area is considered baited for 10 days after complete removal of the bait. Doe urine and other scents, such as apple, acorn, and persimmon, are allowed to attract deer while hunting, as long as they are not used on or with grain and other food products.

Feral Hogs are still a hot button issue in the Ozarks since the USDA, MDC and L-A-D Foundation banned hunting on certain lands. One legit question raised early and often, was what to do if you saw a pig while hunting. The let it go and report answer confused and upset many. Thankfully, MDC listened. Now, during deer and turkey seasons, the opportunistic take of feral hogs by hunters with unfilled deer or turkey hunting permits is allowed on MDC areas. Hunting feral hogs is allowed on private property.

This year, MDC has changed the mandatory testing requirements to voluntary. They are also offering statewide voluntary chronic wasting disease (CWD) testing for free for the entire deer season. You can find testing locations and more information at mdc.mo.gov/cwd or by calling a MDC regional office.

MDC did recently confirm a hunter-harvested buck tested positive for CWD in Pulaski County near Waynesville. If you are hunting in that area or any other county in the CWD Zone, please consider having your deer tested.

Pic: Pic: Baiting deer is illegal, even though you can buy deer corn at sporting goods stores. Photo by MDC Staff, courtesy Missouri Department of Conservation.

For more Driftwood Outdoors, check out the podcast HERE  or anywhere podcasts are streamed.