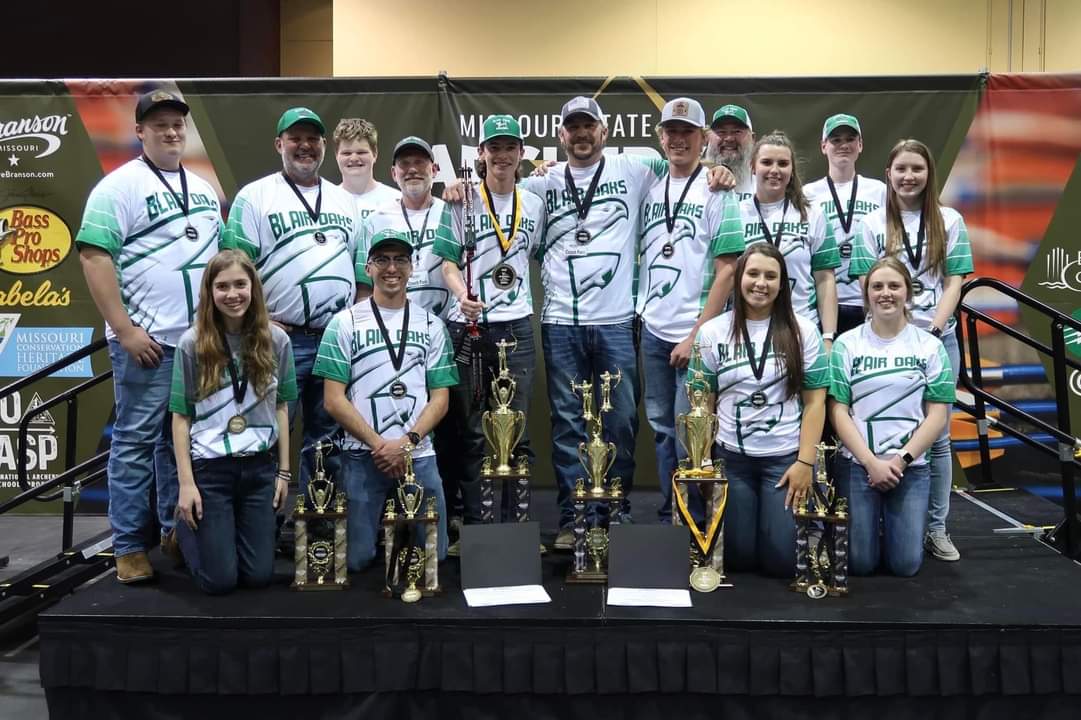 For the second year in a row, the Missouri National Archery in the Schools Program (MoNASP) state tournament exceeded expectations. Held in Branson, Missouri and hosted by the Missouri Conservation Heritage Foundation (MCHF), the tournament drew a crowd of over 10,000 people with approximately 4,500 student competitors. The excitement in the convention center, pouring out of the thousands of young shooters, was electric.

One of the main aspects of this program that makes it so special is that it is open to all kids, regardless of gender, size, physical ability or athleticism. You don’t have to be tall to shoot archery. This isn’t basketball. You don’t have to be fast or strong. It’s not football. Any kid from the biggest in the school to the smallest, children in wheelchairs, children with learning disabilities, it doesn’t matter, just about any child can participate in archery. It is an incredible opportunity to build confidence, to build skills, to be on a team, to compete. There are so many important character building opportunities. NASP helps develop traits that are important for all children.

Tricia Burkhardt, executive director of MCHF, said, “The age range of kids in the program is 4th grade through 12th grade. It has to be taught in the school. If you’re homeschooled you can also do it through a program at a local school, but it must be taught as a curriculum. The Department of Conservation can help get the coaches trained, and help with scholarships to cover the cost of equipment. There’s a lot of help out there to get this going in your schools. There are currently 950 schools participating.”

Burkhardt has been able to watch this tournament grow over the years. A highlight for her is giving away scholarships at the tournament. A year ago, a 6th grade girl won a scholarship, which is now held in a trust to be used for her future college expenses. And she still has a lot of time left to add to the amount she could have available upon graduating.

“The power and confidence the students receive from this sport is extremely evident when you talk to them. I had one girl, her coach said that she didn’t shoot very well. Terrible. Missed the target and then she’s like, ‘I’m never going to do this again.’ He’s said, ‘Come back. Please come back and keep practicing.’ Well, she ended up winning nationals and then went on to the world, called The Open, and she did really, really well there too. The confidence that they gain from this is phenomenal,” Burkhardt said.

One student who has especially excelled in this program is J.J. Quehl of Blair Oaks High School in Jefferson City. He has recorded a perfect score of 300 in a tournament before, one of only 22 in the nation to ever do so. He fell one point short of perfection at the state tournament. His 299 was still good enough to win the Bullseye Tournament – Individual High School Males by four points. He also took home top honors in the 3D Tournament – Individual High School Males with a score of 296. Blair Oaks placed 2nd as a team in the Bullseye Tournament with a score of 3,422.

“I started freshman year getting in the 280s. Sophomore year I started getting in the 290s, high 290s. I was lucky enough to win state sophomore, junior, and senior year this year,” Quehl said.

He claims a secret to his success is taking deep breaths to keep the pressure off. He sings a song in his head to block the outside stress. Sounds like he’s learned a few lessons to carry through life.

Jeremy Tappel is the coach of the Blair Oaks NASP team. He jokingly says he was appointed because nobody else would do it. But when speaking to him, you quickly know he is the right person for the job. His enthusiasm for the program and kids is evident.

“There’s a lot of kids that look up to J.J., a lot of them are coming up as good shooters. We’ve got some serious shooters lined up for the next few years. We’ve got a couple of middle school stars. One in particular just idolizes JJ. He wants to be JJ,” Tappel said.

I asked J.J. what he would you say to young people in junior high or younger, or maybe already in high school who are considering shooting archery and becoming part of NASP. Why should they do it

He said, “I would highly consider it. Better academics. People that shoot NASP are proven to have better academic scores in schools. It’s just nice to get to know people from different states and stuff. I’ve made really good friends with people out of state shooting NASP.”