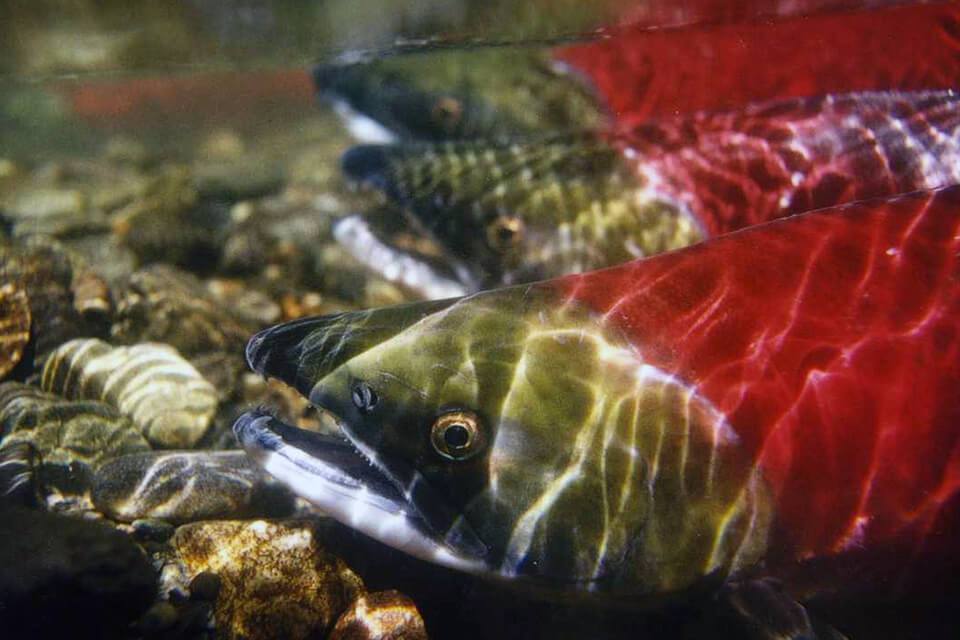 You wouldn’t know it living in the monsoon soaked Midwest the last few weeks, but the Western reaches of our nation are suffering through a severe drought. Water shortages are being experienced in many states. This affects agriculture production, but it also has serious implications on fisheries. Especially cold water fisheries.

Trout require cold water. Around 60 degrees is a preferred feeding temperature for trout. Once temperatures rise beyond this mark, trout become stressed. They stop growing when temperatures hit the mid-70s and anything above puts them in danger of death. When already stressed from water temperatures, catching a trout during these conditions leads to an increased rate of mortality.

It was 116 degrees in Portland, Oregon on June 28. If you have ever been to Portland or any part of the Pacific Northwest, you understand how hard this temperature is to believe. It was 121 in Canada. That’s right. The British Columbia village of Lytton experienced 121 degree heat. This is extreme climate and all living species are going to pay the price.

We created this problem with the exasperated release of carbon into our atmosphere. Now to survive such heat, we stay inside and run air conditioners that require electricity, most of which is produced by burning even more fossil fuels. So to deal with the problem, we are accelerating the problem. This is so depressing, it makes one want to just go fishing. But now, on some of the most famous trout rivers in the world, which happen to be in Montana, you can’t go fishing because it’s too hot.

Montana has implemented “hoot owl” restrictions on a number of top destination rivers. This nickname is given to the regulation that closes fishing from 2 pm to midnight every day. The rivers now under such regulations include; Smith, Sun, Beaverhead, Shields, Big Hole and Jefferson. These rivers are too warm with too low of flows to allow anglers to fish in the afternoon and evening.

According to the Montana Fish, Wildlife and Parks, the June 29  measurement of flows on the Smith indicate a flow of 69 cubic feet per second (CFS), which is the lowest flow ever recorded for this date.

You know those people who scoffed at climate change. Who called it a made up, government hoax. Yeah, those people. The same ones who can’t go fishing in Montana now. When temperatures reach 121 in Canada and the cold water rivers of Montana are too hot to fish, but Missouri is flooded so bad the central part of the state’s agriculture belt looks like an inland ocean, you know we’ve reached a point of dire straits.

Montana is not the only state suffering. The heat and drought is affecting most western states. In Idaho, salmon are suffering. Salmon and trout are of the same family, and need similar conditions.

“Drought conditions across much of the West mean it is an extremely low-water year, which spells trouble for salmon migrating back to Idaho. Big snow years and mild spring temperatures with a stable snowpack deep into summer have become rare due to the warming climate, meaning consistently warmer river temperatures throughout the state,” said Stephen Pfeiffer, Conservation Associate with Idaho Rivers United. “Between 2021’s extremely low water levels and record-breaking temperatures, it will likely be a very challenging year for salmon with a lower than average success rate.”

I try to stay positive in this column, because spending time outdoors is meant to be a reprieve from the rest of the doom and gloom presented too often through media sources. But having paid close attention to the climate debate for well over a decade now, and spending my professional life working towards solutions, it is heartbreaking to have reached a point where we can’t go fishing.

Pic: Salmon in Idaho will have a tough time surviving the drought and lower water conditions of 2021. (Credit Idaho Rivers United)