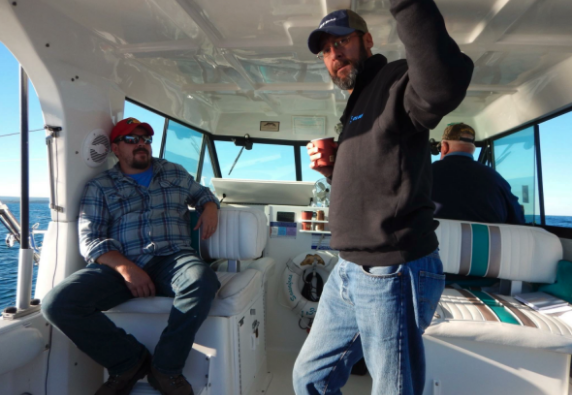 Friends and I were talking the other day about the future of hunting. Our optimism isn’t great. We know national numbers are declining, but because of our rural way of life, it doesn’t seem like hunting is in trouble because for us, it’s not, at least close to home. Speaking nationally, though, the future looks bleak.

We were grouse hunting in northern Michigan and had thousands of acres to ourselves. We talked to some guys chasing bears with hounds and ran into one old timer who had buried his last bird dog a couple years before and had decided to hang up his shotgun for good. But the guy who inspired this column was an old school fall turkey hunter who I met on a logging road. He was walking and yelping, just hoping for a response. I never got his name but won’t soon forget his weathered face and tattered camouflage.

“Fall turkey used to be a much bigger deal around here,” he said. “Times have changed. Now it’s chasing bears and deer. I have these turkeys all to myself.”

This old timer made me think about my good friend Ray Eye and fall turkey hunting back in Missouri. Ray is a decorated turkey caller, but mostly he’s a hunter. His professional exploits of the turkey world took him around the country filming hunts and winning calling competitions. Yet, when I think of Ray Eye, I think of an old grizzled Ozarkian whose heart has never left Johnson Mountain.

Ray Eye has been chasing turkeys for over 50 years. He lives in the turkey woods all spring, but fall hunting is what really moves him. Listening to Ray gobbler yelp to a gaggle of fall birds is such a unique and special experience. He has hundreds of birds under his belt and has called in countless more for other hunters. His achievements have earned him the title of living legend.

I’ve been fortunate to fall turkey hunt with Ray a number of times at his annual camp in the Ozark Mountains of southern Missouri. I’ve killed a couple of fall turkeys before, when they made the mistake of walking past me while I was deer hunting, but before coming to know Ray, I had never purposefully set out to hunt fall turkeys.

Having watched some of Ray’s videos prior to joining him in camp and having read a number of articles about fall turkeys, I was looking forward to the experience of chasing fall birds. It’s the only time of year you can kill hens, so any bird to cross my path was in trouble. I knew going into camp the spring hunting tactics I’m used to exercising weren’t going to work. The birds would be bunched up and gobblers would be hard to kill.

Locating birds is most of the battle for turkey hunting in the fall. When the birds are bunched up thick as thieves, if they’re not there, then they’re just not there. But Ray finds birds. He enlisted the help of his turkey hunting partners, including his younger brother Marty, and they fanned out through the hills in search of flocks of turkey. They found birds the first night.

The next day, we slipped into the area and found the birds again. Once they were on the ground, we ran right at them and broke the birds up. The goal is to call them back together, but to no avail.

In the end, killing was a little tough. We didn’t scratch out a turkey, but I came to understand the draw to fall turkey season. But with so much competition for time in the fall, the tradition just isn’t attracting many new hunters. I hope this is not an indication of more traditions coming to pass.

Pic: The tradition of fall turkey hunting is disappearing, but the experience is still worth trying.