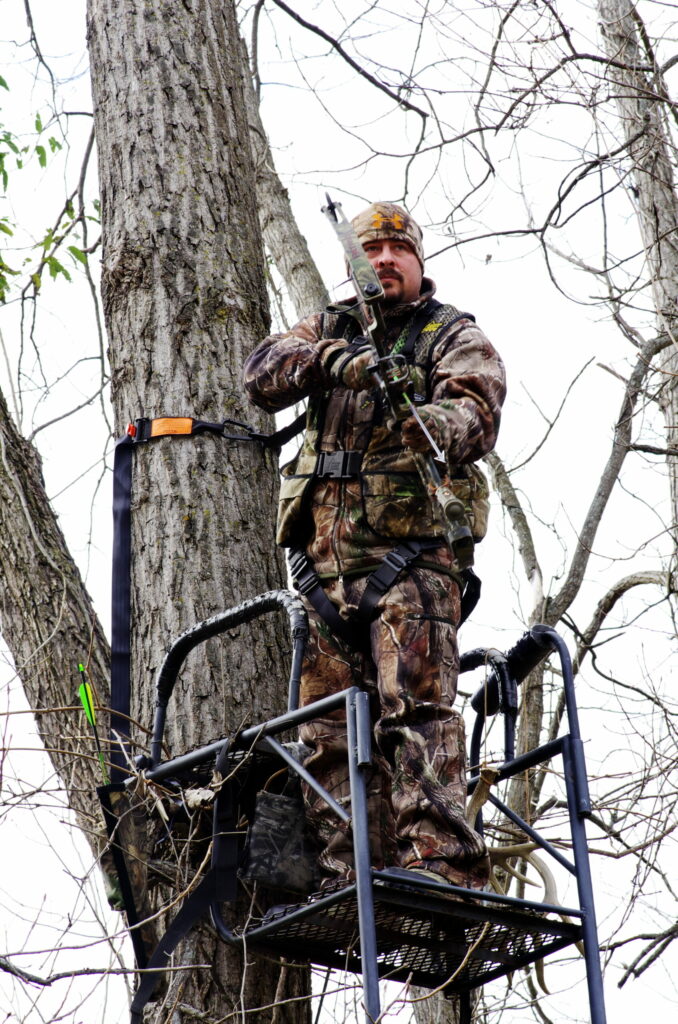 When Dustin Huff of Greensburg, Indiana, shot a whitetail buck on November 4, 2021 that fell just 2-inches of antler shy of the world record, he may have finally pulled back the curtain on the quality of Hoosier deer hunting for good. Those of us from Indiana or those who have been hunting the state for many years, already knew Indiana is home to giants. Now, it appears, so does everyone else.

Huff killed his buck in Southern Indiana. This is also no surprise to me, as the mix of agricultural lands and deep forests provide the nutrients and cover deer need to grow old and large. The agriculture lands of the north that dominate the landscape produce huge deer each year, too, but there is far less cover for deer to age in. For hunters looking to try their hand at wrapping a tag on an Indiana stud, I say focus on the southern half of the state where a significant amount of public land welcomes hunters.

Indiana is home to more public hunting ground than I believe most realize. The lion’s share of this public land is located in the southern half of the state. While there are numerous fish and wildlife areas in the northern part of the state which, produce both large numbers and high quality animals year after year, those areas do not compare to the size of the state forests and national forest of Southern Indiana. Also, the northern fish and wildlife areas are often crowded, creating a high level of pressure on the animals. The vastness of the southern forests allows for hunters to spread out, providing deer with greater ability to avoid the constant pressure of hunters.

The Hoosier National Forest and numerous state forests offer access to hundreds of thousands of acres. There is no requirement of checking in. You can just go hunting. One of my favorite places to hunt is a region that offers numerous different public land opportunities. It straddles both Greene and Sullivan counties and is referred to as The Greene-Sullivan.

What makes The Greene-Sullivan so special is the amount of public land available to those seeking outdoor recreation. The Greene-Sullivan State Forest, Goose Pond FWA, Minnehaha FWA, Shakamak State Park, Redbird State Riding Area, and John Hillenbrand FWA all offer public access for outdoor recreation in the area. It’s not just the public land, of course. It’s also the giant bucks that call the region home.

Yellowwood State Forest, located roughly 15 miles east of Bloomington on Highway 46, is a beautiful hardwood forest that would be a great place to try your hand at bowhunting Hoosier whitetails. The property has a nice campground and a 133-acre lake full of fish. Bow season is less than eight months. There’s no time like the present to start planning.

Indiana is a one buck state. A key point some will argue for why the bucks seem to be growing older and larger. A non-resident deer permit costs $240 and may be purchased over the counter. This is about half the price of other Midwest deer hunting hotbeds, like Illinois and Iowa. Indiana is a destination you should consider for your next out-of-state deer hunting adventure.

Pic: Indiana is home to giant bucks, over the counter licenses and plenty of public land.