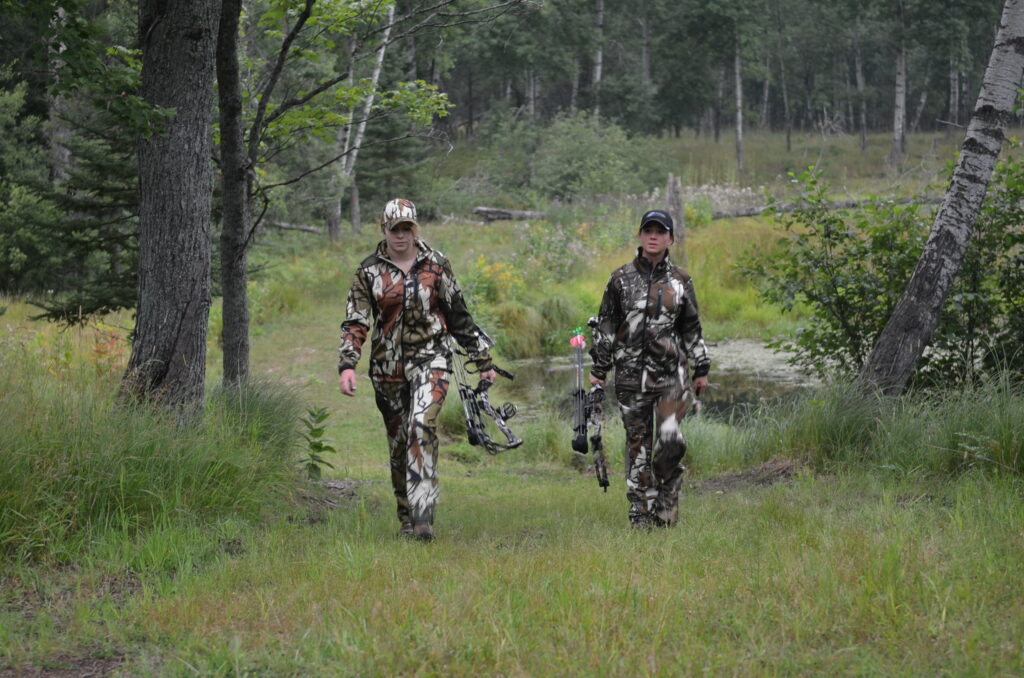 Buckle your safety belts and keep your bow in hand, the time of year deer hunters dream about is upon us. The Hunter’s Moon has come and gone, welcoming another fall. With the colorful display of red, orange and yellow foliage, and temperatures steadily dropping across the Midwest, it’s time for the action to happen. The rut is about to roar.

The peak breeding time of the whitetail rut lasts about three weeks. We’re not there yet. The period we are in is the pre-rut. Right now, bucks are busy establishing dominance and preparing scrapes. They’re starting to seek does. A lot of this activity is taking place after dark, but more bucks are showing up during daylight hours.

The rut progresses from north to south throughout the Midwest. Hunters in North Dakota will be into action before those in Southeast Kentucky. We’ll be following along as this progression unfolds. We are going to be checking in throughout the region for the next seven weeks.

In Missouri, NWTF biologist John Burk said scrapes are popping up everywhere. John killed a dandy buck back in September, so he’s been on doe patrol for the last few weeks, but his job keeps him in the woods and he said the bucks are active and making their preparations for peak breeding.

Southern Indiana deer hunter, David Ray, is reporting a lot more activity on his trail cameras. He said it is fun to watch the bucks physically change as their necks swell this time of year. Ray said now that most of the surrounding corn and soybean crops are out, his food plots are getting hammered, but most of the mature bucks are still showing up after dark.

Now is a good time to try rattling. As mature bucks continue to establish dominance in their core area, they will not tolerate intruders, especially subordinate males. If you use rattling antlers to simulate a fight and the resident mature buck hears it, there is a good chance he will come to investigate and chase off any future competition.

Out in South Dakota, Brian Bashore serves as the Executive Director of Second Century Habitat Fund, which exists to raise funds for habitat conservation in the state. He spends a ton of time outdoors and reports a smaller bucks are starting to work scrapes during daylight. Bashore’s big tip for deer hunters right now is to hunt where bumped bucks may escape to after being unwillingly forced to move. Lots of lazy bucks are kicked up out of their beds by pheasant hunters in the morning and afternoon. Even more are being pushed out of agriculture fields by combines.

“If you can hunt next to a cornfield while it’s being harvested, you should take off work or do whatever you need to do to be in a stand over a route into adjacent cover. It’s been so dry farmers are not having any problem getting the crops out, so very soon all those fields will be harvested,” Bashore said.

Up in Sturgeon Bay, Wisconsin, the home of the national headquarters of Whitetails Unlimited, Director of Communication Jeff Davis said, “As it gets cooler we should see more movement. I think we are still 2 to 3 weeks away from the peak rut up here. A lot of my co-workers are leaving work around 3 to get a couple hours in, but I don’t know of anyone who has connected yet.”

Over on the eastern side of the region in Ohio, the story is about the same. Few big buck encounters are being reported. Norman Miller, the owner at Premier Outdoors in Mt. Hope, said, “Bucks have been moving ok around here. We’ve had three real nice ones come through the shop in the last week. The biggest was in the 180s and another was in the 170s. Last Tuesday and Wednesday were real good before it warmed up. It’s supposed to cool down by the end of this week, so I expect the hunting will pick back up.”

Pic: The whitetail deer rut is picking up causing excitement amongst hunters.