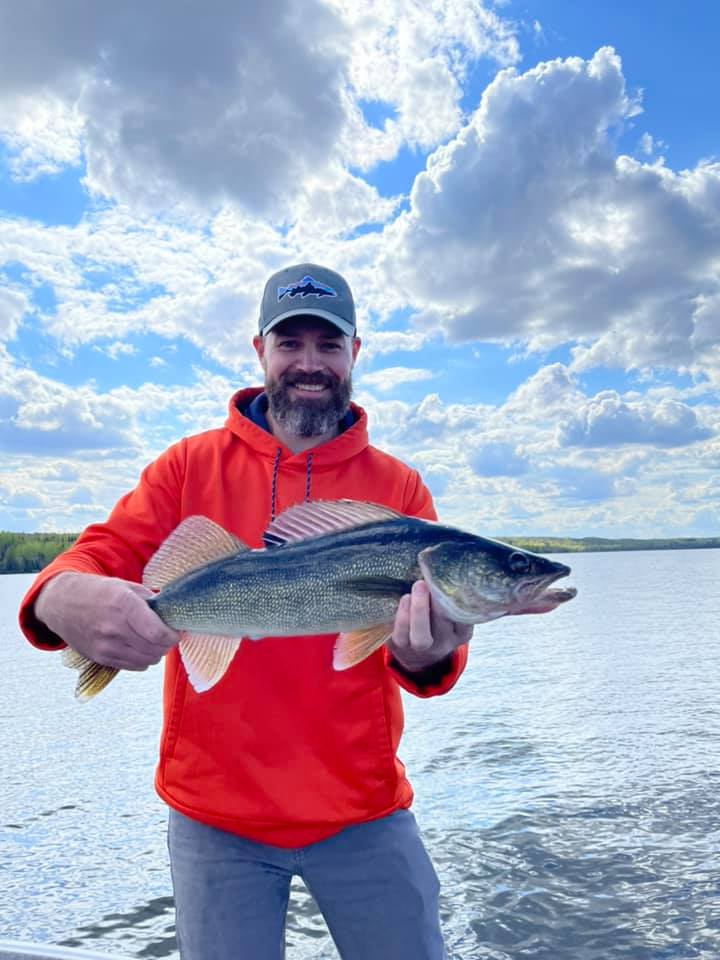 The rock star of the group. No seriously, Adam is an incredible musician who currently plays guitar for the country band, Shilo. Adam loves spending time on the water. He has a cabin on the Gasconade River and keeps a fishing boat docked at Lake of the Ozarks. He does his fair share of hunting, too. Sorry ladies, he’s married. He and Bethany have three children. Adam’s creative behind a camera and his attention to detail keeps the Driftwood team on track. He lives on a 10- acre spread south of Columbia, Missouri. 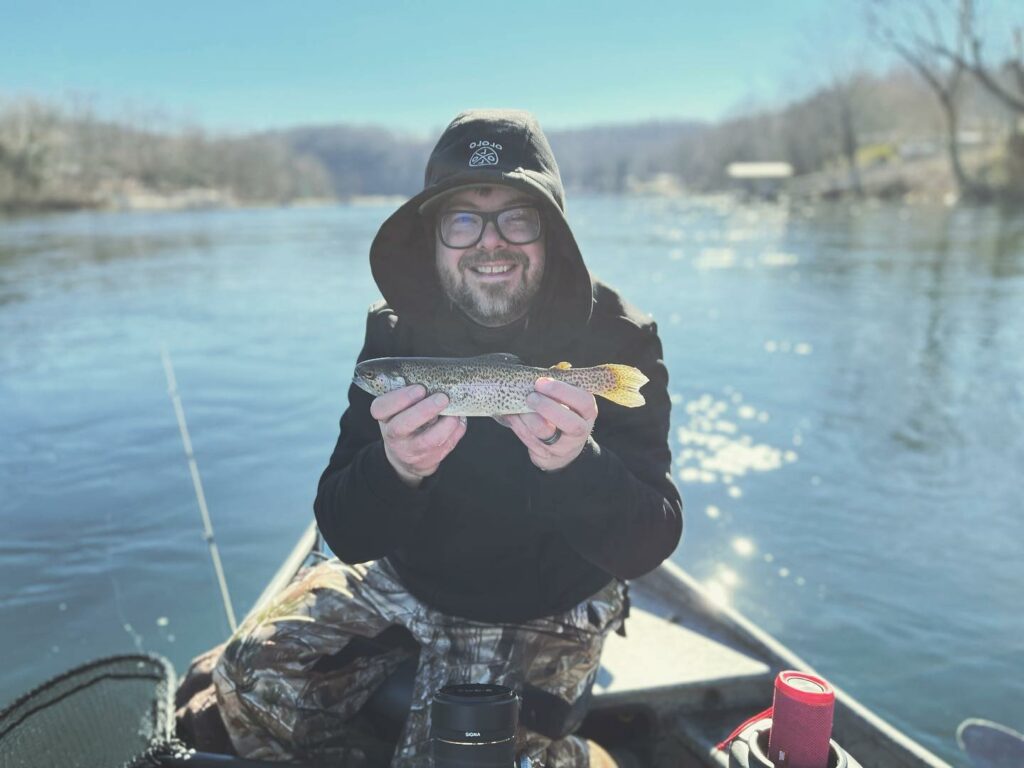 Name your favorite 90s rap song and Jeff Blumer will lay it down for you. As a member of group Dope Ass Sneakers, Jeff takes middle-aged men and women back to when they’d “Throw their hands in the air and wave ‘em like they just don’t care”. When he’s not on stage or at work, Jeff stays busy raising a hunting and fishing enthusiast of his own. His son is quite the athlete and outdoorsman. Jeff is there every step of the way. His wife, Katy, deserves credit for L- Dawgs skills on the court and in the field. Jeff brings to Driftwood a combination of love for the outdoors with a passion for filming video, shooting photos and editing both. He lives just northwest of Columbia, Missouri.

If you want to catch more trout, you need to start fishing Tim Flanner Signature Series jerkbaits. This is what Shags was using when he caught that giant brown trout on Taneycomo. Tim is an incredible graphic artist who spends his days designing magazines and advertisements, and his nights painting fishing lures. Tim is the only guy on the team who can keep up with Shags’ fanatical pace of fishing. Maybe someday they’ll finally heed their calling and start fishing tournaments. Tim’s daughter is a student-athlete on scholarship as a volleyball player. He is the man behind all the Driftwood designs, including layouts, t-shirts and other merch. Tim lives in Ashland, Missouri. 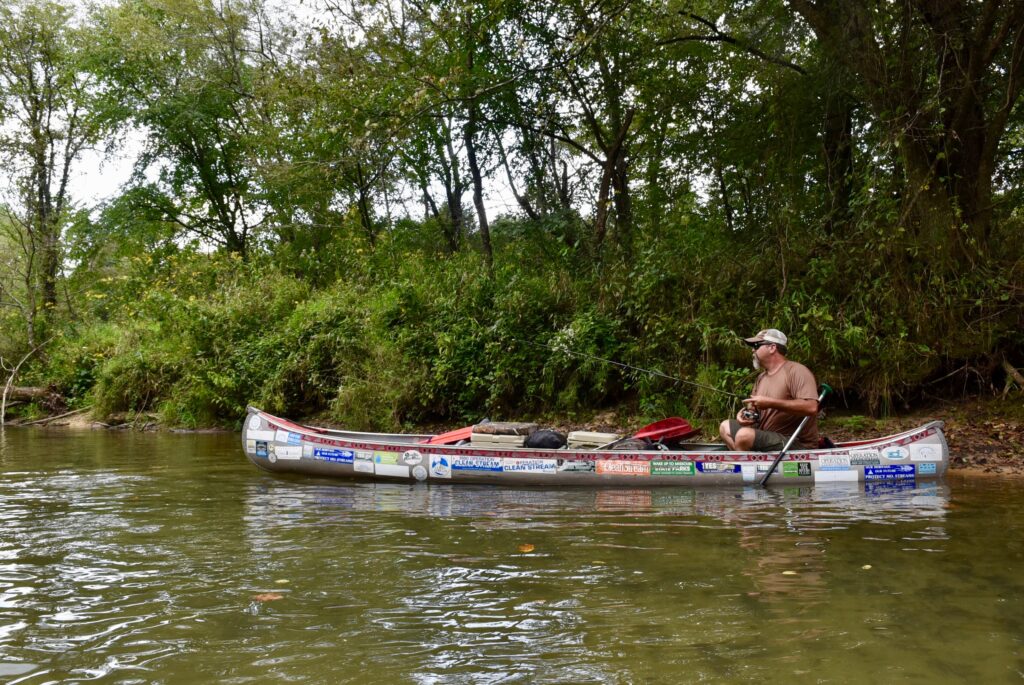 Paddle Don can sew you a pair of buckskin pants, tell you a story about hanging out with members of the Hatfield and McCoy families, tie flies and drink bourbon with the best of them, but his namesake skill is paddle building. He once built Brandon a beautiful cherry wood beavertail style paddle that Brandon lost the first time he used it. For 15 years, Paddle Don has been punishing him. Brandon is still waiting for a replacement. Paddle Don is known for shooting medium-sized bucks, catching fish from small waters and hearing elk bugle in the spring. He’s the only grandparent in the group. His son Logan made him a Pa-Pa a few moons ago. Paddle Don is a writer and all-around communicator. He is a past-president of the Hoosier Outdoor Writers. He lives on a golf course northeast of Indianapolis. 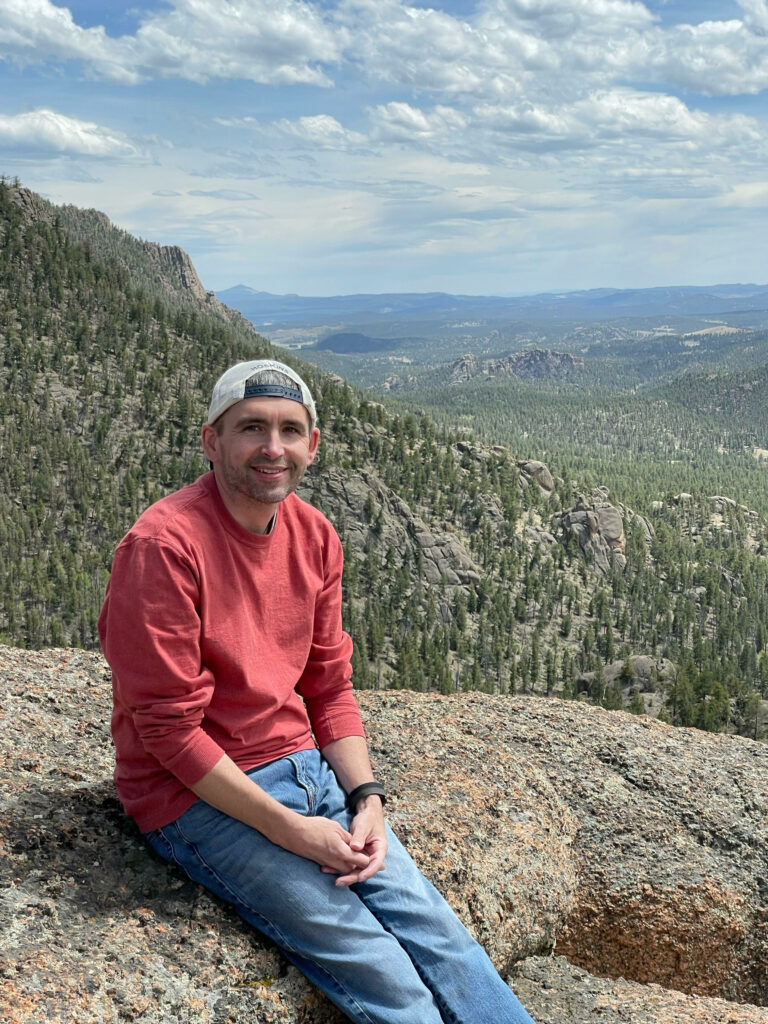 If you accidently set the garage on fire during a fish fry, Hoskins is the man to call. He’s been a firefighter/EMT for 20 years. He first went to culinary school, but gave it up to follow in his father’s footsteps. He became a 4 th generation fireman. Eric has been fishing and hunting since he was 11. When not on duty, which seems like a lot (look into this profession kids), Eric loves fishing for bass and crappie, in places like Dale Hollow, Kentucky Lake and farm ponds. He hunts deer, birds and small game in Indiana and Missouri. He also enjoys playing golf and going on hikes. Eric loves to travel out West, but plans to retire on the South Carolina Coast. He’s married to Erin. They have two daughters. His father, Larry, and Brandon’s father, Bill, were best friends growing up. Eric lives in Greenwood, Indiana. 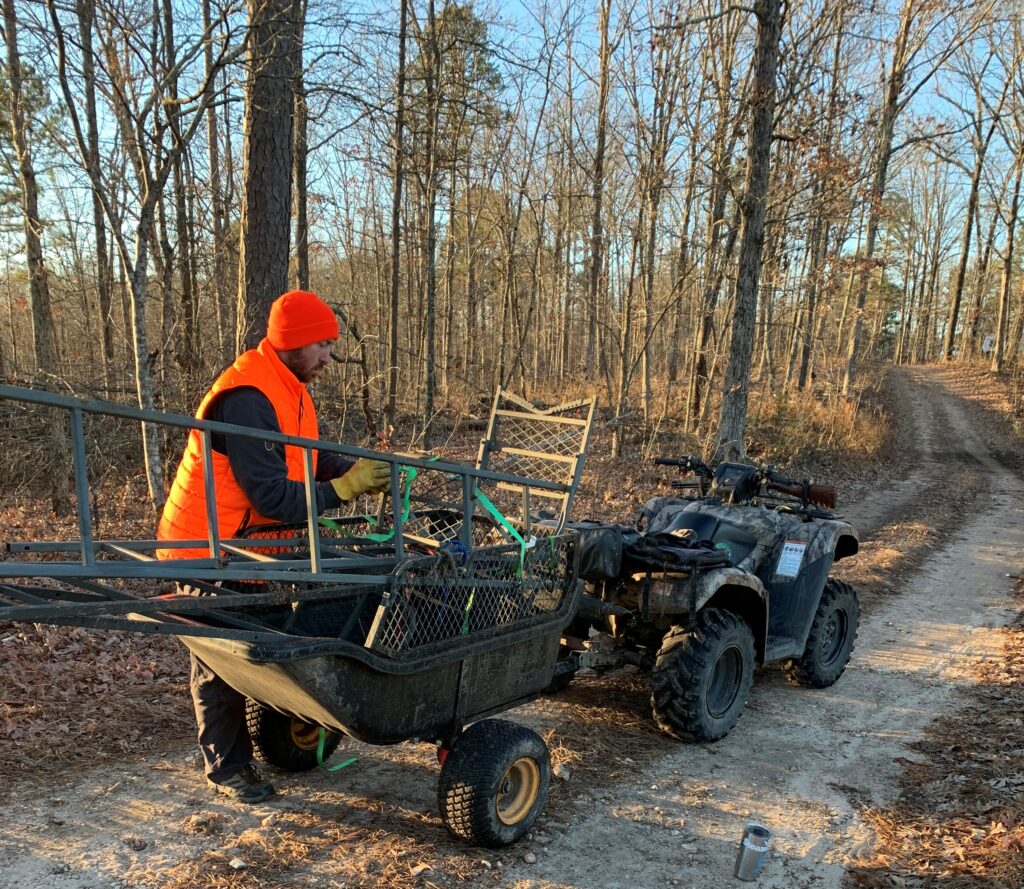 Derek is the man you want with you when the shit hits the fan. He’s sort of a prepper, but really more of a MacGyver type. He can figure out a way to make it work. Derek has led kayak tours in the Florida Keys, guided adventure trips for small groups in California and Alaska, was a snowboard instructor at Mt. Bachelor in Bend, Oregon and spent a summer riding a bicycle across the country. He started with his back tire in the Pacific Ocean outside of Portland and ended in the Atlantic Ocean at Virginia Beach. Derek and Brandon have been fishing and hunting together their entire lives. Their fathers are brothers. Derek and his wife, Kasey, have two boys. He lives in Demotte, Indiana.