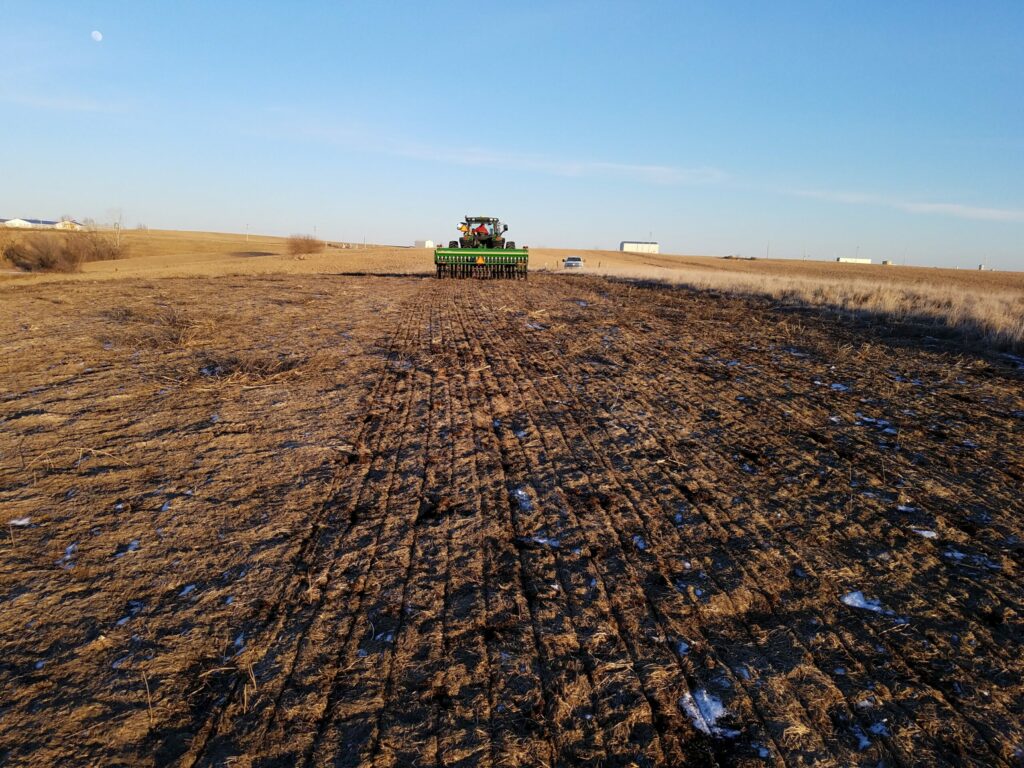 Agriculture and conservation go hand in hand. Farmers must take care of the land, because it is the key to their livelihood. It’s also often a direct link to their heritage, making its value far greater than that of a simple commodity. Conservationists desire to see land and all other natural resources managed properly to ensure sustainability in perpetuity. Both want the same outcomes – healthier soil, cleaner water, pure air and overall environmental improvements to benefit those living today and those yet to be.

Many current trends in agriculture are addressing historic areas of concern. For example, I work for a company that produces renewable natural gas (RNG) from livestock manure. We capture the greenhouse gases released during the breakdown of the solids, upgrade the methane to RNG, and inject it into the natural gas grid. As more and more lagoons are covered, far fewer greenhouse gases are entering our atmosphere that would have otherwise contributed to climate change. Instead, a waste product is turned into renewable energy that displaces fossil fuel use. The process also improves the quality of life for surrounding residents by eliminating much, if not all, of the odor.

We should have learned from the Dust Bowl to never leave land bare. Erosion is the enemy of all. Farmers lose valuable soil as surface runoff moves pollutants into our waterways. Those pollutants cause damage downstream to drinking water and aquatic habitats.

A National Oceanic and Atmospheric Administration release issued in 2019 titled “NOAA forecasts very large ‘dead zone’ for Gulf of Mexico” states, “The annually recurring Gulf of Mexico hypoxic zone is primarily caused by excess nutrient pollution from human activities, such as urbanization and agriculture, occurring throughout the Mississippi River watershed. Once the excess nutrients reach the Gulf they stimulate an overgrowth of algae, which eventually die, then sink and decompose in the water. The resulting low oxygen levels near the bottom are insufficient to support most marine life and have long-term impacts to living marine resources that are unable to leave the area. Considered one of the world’s largest, the Gulf of Mexico dead zone occurs every summer.”

Not only is the Heartland causing the annual death of an oceanic area approximately the size of Massachusetts each year, we are impacting drinking water throughout the entire watershed, and costing ourselves billions in efforts to clean our water. To combat this, to improve erosion, water quality and carbon issues, we need to put nature back to work.

Cover crops are growing in popularity. These plants hold soil in place. Rye and winter wheat are examples. They’re planted after corn and soybeans are harvested, with the intention of reducing erosion and building soil. Cover crops also sequester carbon. Even though there are some forms of cost assistance for planting cover crops, farmers struggle to shoulder the input costs of planting them without taking a fiscal loss. We need to create solutions to make cover crops profitable.

The Indiana Department of Agriculture issued a release on July 8 titled “Soil conservation on an upward trend in Indiana.” A number of involved individuals are quoted about conservation issues being addressed in agricultural practices. Beginning with Lt. Governor Suzanne Crouch, the Indiana Secretary of Agriculture and Rural Development, who said, “By increasing our cover crop practices each year, we are ensuring that we provide healthier soil for the next generation. I am proud of the collaborative efforts being done by our farmers and leaders in Indiana agriculture.”

It is promising to see a Lt. Governor aware of the benefits of cover crops and supporting their implementation. I applaud her excitement for cover crops. However, the release states there was only an estimated 1.5 million acres of cover crops planted in Indiana in 2021. While this is a positive trend, it’s not enough. According to the USDA website, Indiana harvested a combined 10.9 million acres of corn and soybeans in 2021. Meaning, approximately 9.4 million acres, or 86 percent, of Indiana’s row crop lands were left bare over winter, allowing wind, rain and snow to slowly erode it away.

Kurt Theurer farms 1,650 acres in Jay County, Indiana. He is the Jay County Soil and Water Conservation District Board Chairman. He has been working with the USDA Natural Resources Conservation Service to make improvements to his land.

In the ISDA release Theurer is quoted, “I did a small trial (using no-till practices) at my home farm and the weeds that I had, the resistant weeds, just went from crazy to barely any after I ran a cover crop. The next spring, that soil was just a whole totally different soil type. You could tell in the field the next spring right where we quit our oats. We’re starting to get a lot of earthworms again. We’re starting to get a lot of root penetration down through our hardpans with all our cover crops. And my organic material that I’m building, I was only at like 1.5 percent organic material when I started and I’m like 2.5-3 percent now. So, I feel that I’m working in the right direction.”

Cover crops provide benefits to farmers and society as a whole. Finding new solutions to make cover crops pay for themselves, or even better, generate a profit, is going to be key in moving towards leaving no agriculture acres bare and susceptible to erosion for half the year.