It’s not too late to tag your buck 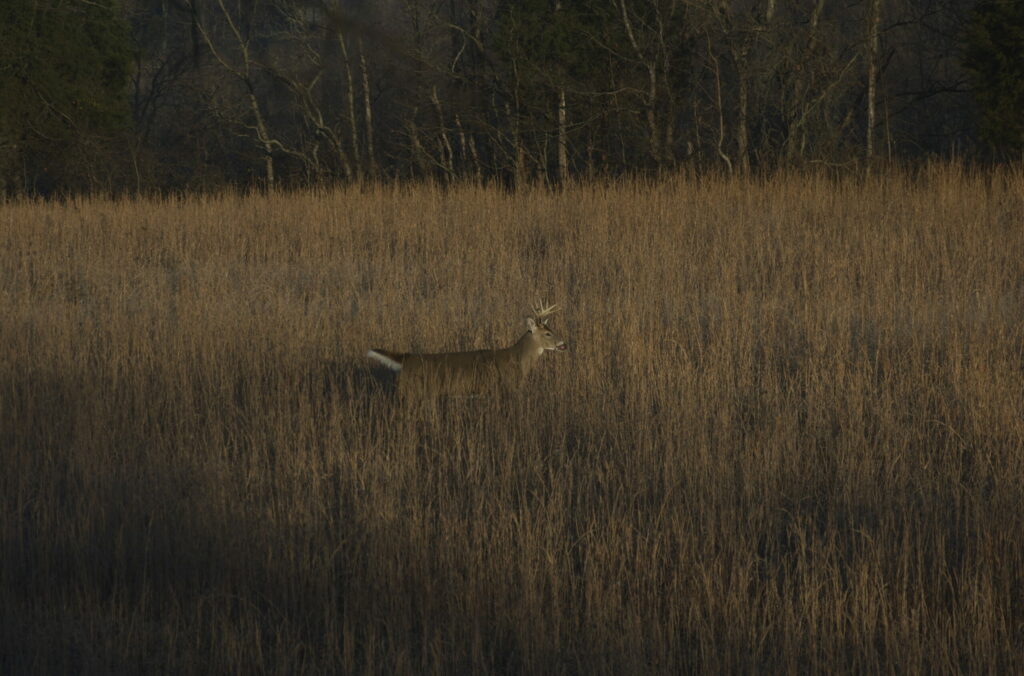 In many Midwestern states, the regular firearms seasons are behind us. A large number of bucks have found their way to fame in hunters’ Facebook feeds, but for those of you still struggling to fill your freezer, don’t give up now. There is still plenty of opportunity left to wrap your tag on a buck.

Late season deer hunting affords the chance to return to patterning deer. With the rut over, the remaining bucks are desperate for calories. They need to recover from all those miles they spent chasing does. They are going to be looking for high protein food sources. One of the best places to find still standing soybeans and other prime food plots is on public land, because those acres are typically managed for wildlife. Meaning, the crops planted there are left in the fields longer to benefit critters, not checking accounts.

Many Midwestern deer hunters make the mistake of overlooking public land. Stereotyped as small chunks of crowded last resorts, public parcels in the Midwest are often misunderstood. The truth is, millions of acres of public lands across the Midwest produce tons of deer, including mature bucks, each fall. In the late season, you might find yourself all alone on public parcels.

Conservation Areas, Fish and Wildlife Areas, State Forests, National Forests and Wildlife Refuges are all managed in some capacity for wildlife by their respective agency, making these lands some of the best habitat around. Bucks don’t know if the property they inhabit is public or private. What they know is when hunting pressure is applied, they must retreat to the most remote areas they can find. These are often found on public land. Bucks that learn to avoid hunters survive to reach maturity. If you want to tag a public land buck, then you have to know where to look.

Take a midday ride around the perimeter of a public parcel on a hunting season Saturday and you’ll likely learn where hunting pressure is being applied on surrounding private lands. Stopping and knocking on doors to ask for permission is still a good idea, because even though you are likely going to be denied, you will find out if others are hunting there or if the landowner doesn’t allow hunting. Make this knowledge work in your favor.

If you know there is hunting pressure on bordering private land, then scout the public land to figure out where deer will cross onto it once bumped from the private. Be sure to be in your stand early enough to catch deer leaving the private land as those hunters spook them while heading to their stands. Also, stay in your stand late enough in the morning to be in position to catch fleeing deer bumped by the private land hunters on their way out.

On Midwestern public land, you do have to expect other hunters might move through your area at some point. If they do, they’ll likely move deer. Inside corners are a prime location to put a stand because nervous deer won’t cross an open expanse unless they must. They’ll move inside the cover, and on an inside corner, you’re covering two different directions from which they can come and go.

Inside corners are located on the edge of agricultural fields, pastures of where habitat changes. If you can locate an open bedding area back inside the timber, set your stand on the inside corner so you can shoot into the open area, but also cover the trails running inside the timber alongside the field.

Many public properties in the Midwest surround a large lake or run along a river. Few hunters are going to put in the effort of loading into a boat before dawn to motor or paddle their way to a deer stand.

Remember, the typical public land hunter is only going to walk a couple of hundreds yards from where they park their car. When they do this, they are going to push deer back into the remote areas. If you slip into a stand from the water, then you can be set up and waiting in one of these remote areas that aren’t easily accessible from the road.

Pic: Don’t overlook public land for a chance at a late season buck.