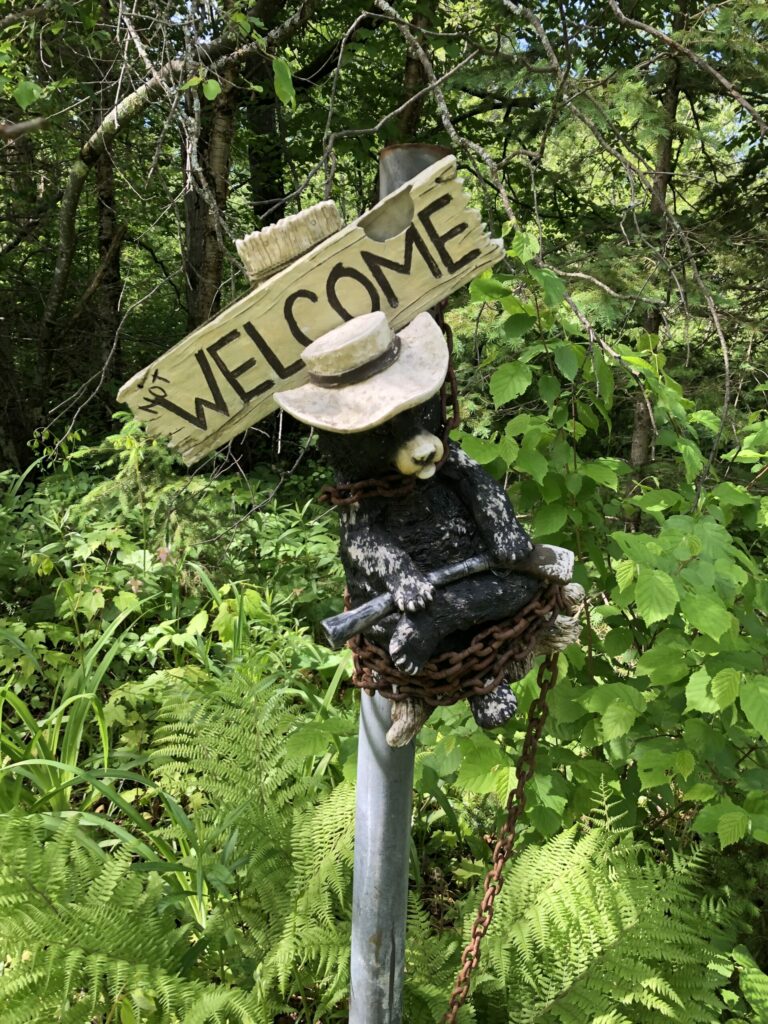 As a youngster, I remember stepping over a landowner’s fence to pursue a pheasant I had flushed. Would I be seen? Would anyone know what I have done? Were there spies lurking behind the trees watching and waiting? Would I trigger some unseen alarm bringing the landowner to confrontation?

The alarm was in my head. I was taught another person’s property was private. It was not mine to use. Permission was needed and without permission I was violating trust. And if that wasn’t clear enough, the sign – No Hunting – should’ve left no room for doubt. I flushed the pheasant again and missed the shot. My just due.

They say your character is defined by what you do in plain view. Your ethics is defined by what you do when no one else can see you. Not by your intent or what’s in your heart, but by your actions. I have stepped over a few fences of various kinds in my day, but fewer as I got older. I learned to appreciate the Golden Rule: Matthew 7:12 (Do unto to others…) and The Wizard of Id (Whoever has the gold makes the rules).

We need few reminders that private property is a revered part of American culture. No matter if a front yard, a rural Missouri farm, or the fictional Dutton ranch of Montana. Private land is private. Keep off. No trespassing. Permission necessary. Survivors will be prosecuted.

If you are a hunter, it can be confusing. The landowner owns the land, but wildlife belongs to the people; it’s a public trust resource. Wildlife doesn’t belong to the landowner or even the government, yet the government is given responsibility to oversee. And if you’re an angler, access to water (and fish) can have a whole different set of mystifying rules and challenges. Public resources and private property are often an odd mix.

In a memorable scene on the television show Yellowstone, Montana ranch owner John Dutton encounters a group of tourists standing on the wrong side of his fence. After telling them to leave, he explains how all the land they see belongs to him. They are trespassing.

A tourist responds, “It’s wrong for one man to own all of this…you should share with all the people.”

“This is America. We don’t share land here,” replies John.

And in Wyoming (but not a fictional TV show), public land borders and lies within the private Elk Mountain Ranch, owned by and through a company controlled by billionaire North Carolina businessman Fred Eshelman.

The unique lay of the land, a checkerboard of public and private tracts, makes it nearly impossible to access the people’s land. But using a little ingenuity, four Missouri archery hunters employed a specially constructed step-ladder for corner-crossing. Stepping from the corner of one public tract to another.

The landowner didn’t approve and subsequently pressured local officials to bring these scoundrels to justice. It seems the hunters were violating private property airspace, so goes the legal argument.

This case is a pretty big deal. If corner-crossing is eventually determined to be legal, hundreds of thousands of acres of public land across multiple states could, in theory, become accessible. A nightmare scenario for landowners hellbent on locking up access to public lands for their own interests. But don’t start building ladders just yet, there’s likely a lot of attorney hours yet to be billed before this issue is resolved, if ever.

The case is significant enough to get the attention of Backcountry Hunters and Anglers (BHA), an organization committed to North America’s outdoor heritage of hunting and fishing, and more. BHA has been helping with financial support for the hunters’ legal battle; important given the landowner’s financial resources are significant. In May, the hunters were found not guilty of criminal trespass, but the case continues in federal court as a civil issue.

Returning to Montana for a moment, you’ll find another billionaire and another controversy involving private property rights, trespass, public trust resources, and a 135-year history involving the Blackfeet Indian Reservation.

Joe Ricketts, founder of the financial firm TD Ameritrade owns the 32,000-acre Grizzly Ridge Bison Ranch. The ranch also happens to sit within the boundary of the Blackfeet reservation. Ricketts has built miles of fence around portions of his ranch. The fence protects Rickett’s commercial bison operation but is also a migration obstacle and hazard for wildlife. None of this sits well with tribal members, and relevant tribal law does not apply to a non-tribal landowner.

The Dawes Act of 1887 adds a little history to the story. The Act was an insidious way to further dissolve Native American culture by breaking up tribal lands and allotting the land to individual tribal members and non-tribal homesteaders. The goal was to transform native people into private landowners. Ultimately, the Blackfeet lost control of millions of acres of land which is now in private, non-tribal ownership, yet still within the reservation boundary.

A few years ago, the tribe attempted to buy the ranch land in question, but Ricketts outbid them. Add to the mix fence cutting to free wildlife, and trespass by tribal hunters and you get a never-ending source of tension. See The Guardian story written by Sierra Cistone for an excellent overview of this issue.

So, the Magna Carta Libertatum and the Constitution notwithstanding, private property rights still require some periodic clarification, except for maybe a few wealthy Barons and the Wizard of Id. While traveling this year I took notice of a few instructive signs, some humorous, others a bit dramatic. All of them serious and to the point. High on a tree was a sign with some intimidating photos of the landowners posing with firearms. The words read:

WARNING – If you come inside this fence and cuss our wives, steal our wagons or barn boards, shoot our wild game, chase our daughters, tear up our land with your four-wheel drives or leave the gate open, we’ll hunt you down.

And while driving a backcountry road, out of the of corner of my eye as I sped through an intersection, I saw a large white cross as if upon a grave with a single word – Trespasser.

Messages understood. Good reasons to not chase the pheasant, and a reminder to check the batteries in my trail cams.

And for fun and a little contrast, let’s travel to Sweden for a moment. Recently I learned about Allemansrätten, or the Right of Public Access. Generally, the people of Sweden have the right to wander the countryside regardless of ownership. Generally, you may walk, cycle, ride, ski, and camp on any land with the exception of private gardens, near dwellings, or on land under cultivation. You can camp, collect flowers, mushrooms, and berries; drive on private roads unless posted; swim in lakes, and access any beach if you keep a distance from private residences. The Swedish Environmental Protection Agency sums up the Freedom to Roam in the phrase “Don’t disturb – Don’t destroy.” Access to land for hunting is handled a little differently, but clearly the mind set of this country regarding use of land is very different than ours, and I’m pretty sure John Dutton probably wouldn’t approve.